Table of content hide
1 Basic Details of the IAS Exam
1.1 1. IAS Prelims:
1.2 2. IAS Mains:
1.3 3. IAS Interview:
1.4 History books for UPSC prelims
1.5 History Books for UPSC Mains
2 Syllabus for Optional History
2.1 In paper -1 the following topics are asked or we can say all of them are important to be learned.
2.2 For paper – 2, the syllabus is discussed below.
3 Conclusion

Union Public Service Commission is a body that conducts the Indian Civil Services exam every year to select some eligible candidates who have to serve the country. The IAS posts are of very high value in the country.

We know very well that every year lakhs of students appear for the IAS exam and just a small number of them qualify for the next level and similarly for the final interview round.

The preparation has to be on-point for a better outcome. We also know that each topic is equally important for selection. History also plays an important role in selection as this is a very vast topic and proper books are required for selection.

I think we shall now begin with the discussion:

Basic Details of the IAS Exam

IAS is conducted at three stages which are as follows:

This is the first stage where any candidate who is eligible according to the terms laid by UPSC can sit for the exam.

This is the second stage of the exam where those who clear the cut-off are eligible to sit in.

This is the final stage round where the students get some marks for different things they are asked in verbal talk.

Note – Syllabus for IAS pre and mains is different hence, different history books are prescribed below for the students.

According to the UPSC syllabus, history is divided into mainly four parts,

Now, let us start with the important books,

There are two NCERT books particularly for Indian History.

The above-discussed ones are for the IAS pre-exam that an aspirant must have with him on his shelves.

Now, let us talk about history books for IAS mains.

Before getting on to the books directly, we will first discuss in-brief the syllabus for IAS mains.

The complete portion is quite big so let us keep only the history portion for this article.

The different books for the IAS mains is discussed below.

To begin with, there are a few books for Modern History. So let’s discuss them together and I will let you know which book is for World History and which is for Indian History.

There are mainly two important books for Ancient India.

There is an interesting syllabus for the people or aspirants who choose History as an optional subject. We will also cover the syllabus as it is quite an interesting one and also books for history optional UPSC.

In paper -1 the following topics are asked or we can say all of them are important to be learned.

For paper – 2, the syllabus is discussed below.

The following is the list of books of history optional UPSC, and the best history books for the UPSC IAS exam.

I know you might be amazed by looking at the books as the course for UPSC is wide and a lot of hard work is necessary to crack the exam.

We know that books are a key to success and we can’t neglect this fact. Even the toppers recommend starting the preparation from the NCERT books. The NCERT is designed in such a way that clears the basics and develops the interest of the reader.

Further, there are many coaching that helps in giving proper study material and valuable tips to the aspirant. One such is ‘The Thought Tree’ in Jaipur. T3 provides a library for the students and live interactive classes for the IAS course. The teachers here are well qualified and help each student in his journey of becoming an IAS officer.

All the best for your exam and have a great future ahead.

5 responses to “History Books for UPSC” How to Read Indian Express for UPSC: Beginners Guide

Everyone knows that current affairs play an important role in the UPSC. Every year, the students ask many questions related to current affairs in Prelims, Mains and Interview rounds. The question “Which is the best newspaper…
Read more 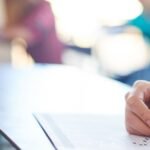 The Union Public Service Commission (UPSC) Civil Services Examination (CSE) is widely regarded as one of the most challenging entrance exams in the country. There are three parts to the All India Examination: the Preliminary,…
Read more 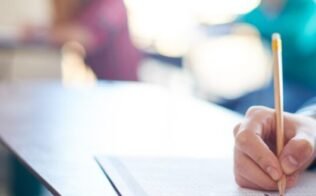 Hello Students, you can find the UPSC Prelims Answer Key 2022 on this page. UPSC IAS Pre paper solution is one of the most trending searches on Google and YouTube right now. Here on our…
Read more